Florentine Films/Hott Productions, in association with The Language Conservancy, presents a new documentary project: Rising Voices/Hótȟaŋiŋpi. Five years in the making, this multi-platform project tells the story of a powerful threat to a Native culture. This threat is an insidious, impersonal villain – one that comes through TV sets and social media sites, through Tweets and comic strips and the daily news. The menace is the English language, and the victim seemingly marked for extinction is the Lakota language itself – the language of the Lakota nation, once usually called the Sioux. For the Lakota people, it’s a local problem, but it’s just one instance of a massive global one – a worldwide epidemic of language extinction.

The project is part of The Language Conservancy’s ongoing effort to preserve and revitalize languages in North America. The Conservancy’s director, Wil Meya, is a national advocate for endangered languages and draws on more than 20 years of experience in higher education, linguistics, film production, and nonprofit management. Under Mr. Meya’s leadership, the Conservancy has become one of the foremost promoters of worldwide action for safeguarding indigenous languages and cultures and the Lakota Language Consortium has become the leader in protecting and preserving the Lakota language- working with over 80 schools, 20,000 Lakota students, and 8 tribes.

Though the Lakota nation has over 170,000 tribal members, only 6000 of them speak Lakota today. The average age of the native speakers is now almost 70. But Rising Voices/Hótȟaŋiŋpi. depicts an exhilarating effort by both Lakota and non-Indian people to hold back the floodwaters of history: the day-by-day struggle to save a dying language.

The project includes a one-hour documentary film that will be shown nationally on public television in the fall of 2015. The film is serious but unconventional, at times describing life on the reservation from the Lakota perspective. Woven through the documentary are sections of four short films by Lakota filmmakers made especially for inclusion in Rising Voices/Hótȟaŋiŋpi.  The film is a portrait of a culture, an unflinching look at the language loss and a probing analysis of the revitalization efforts that have brought hope to the Native speakers on the Lakota reservations of North and South Dakota. 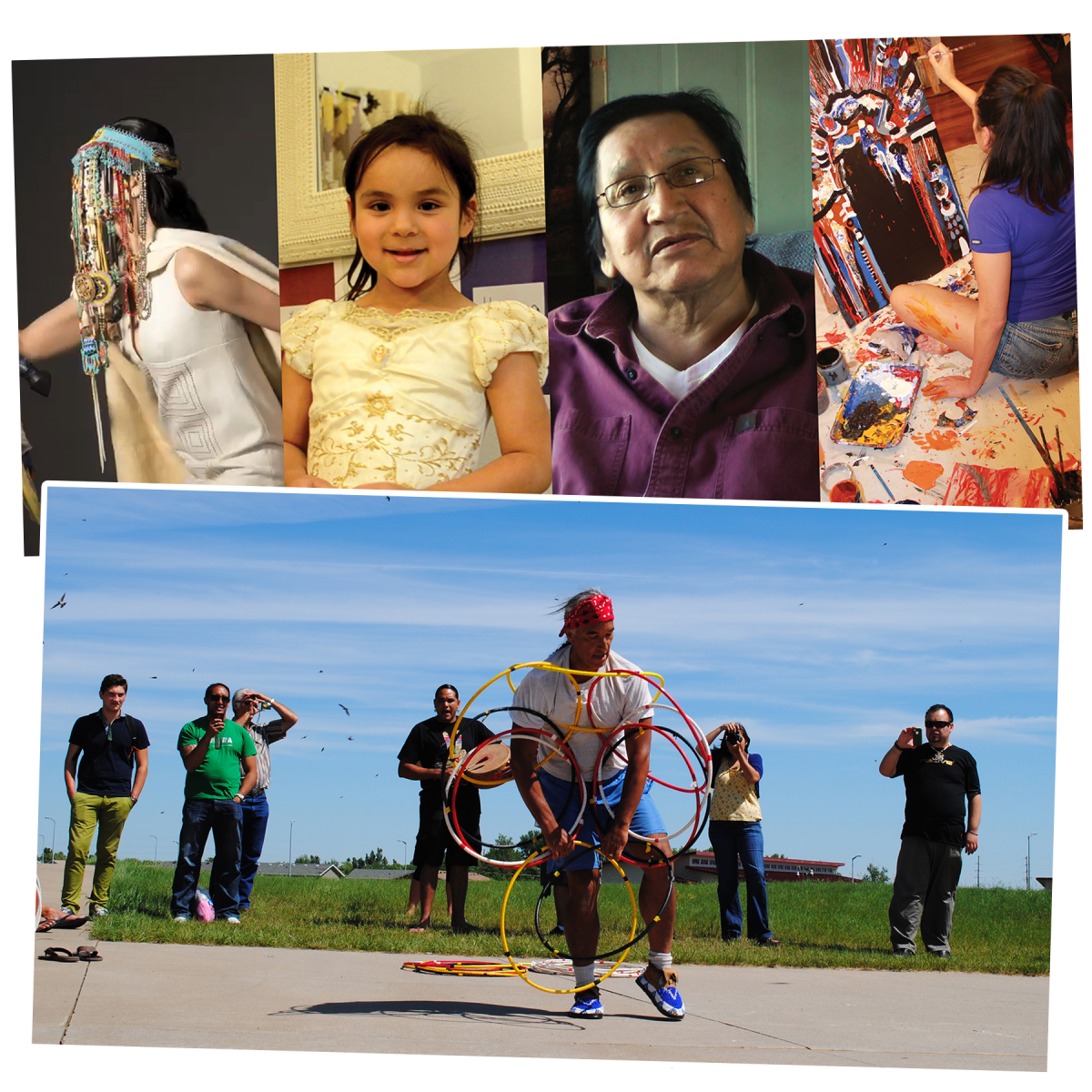 The Rising Voices/Hótȟaŋiŋpi playlists features selections from the internationally known hoop dancer, musician and educator Kevin Locke. The music selections are annotated on this site and can be streamed through this site from our Sound Cloud channel.

The project also includes extensive educational materials that will help learners at all levels explore the importance of language, the dangers of language loss, as well as the Lakota language itself. The resource links include tips on using the Lakota Language Forum, an online community of language warriors, dedicated to learning the language and keeping it alive.